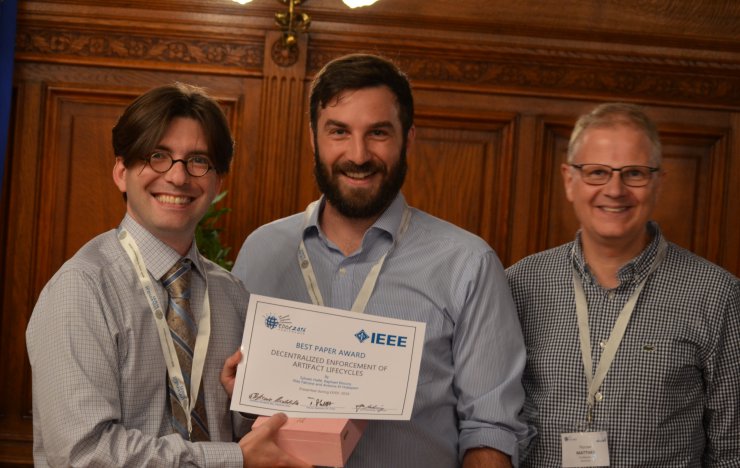 The paper describes a technique for ensuring that documents, such as electronic forms that are passed around by multiple people in an organization, are modified only in the way they should. This is done by adding to the document a piece of metadata called a peer-action sequence, that encodes an encrypted version of the history of all modifications to the document. Anyone with the proper encryption keys can check by themselves that the document indeed corresponds to the history, and that this history is only composed of valid modifications.  This principle could have important applications in the management and access control of shared electronic data, such as medical forms.

You can find below the presentation slides for that paper.